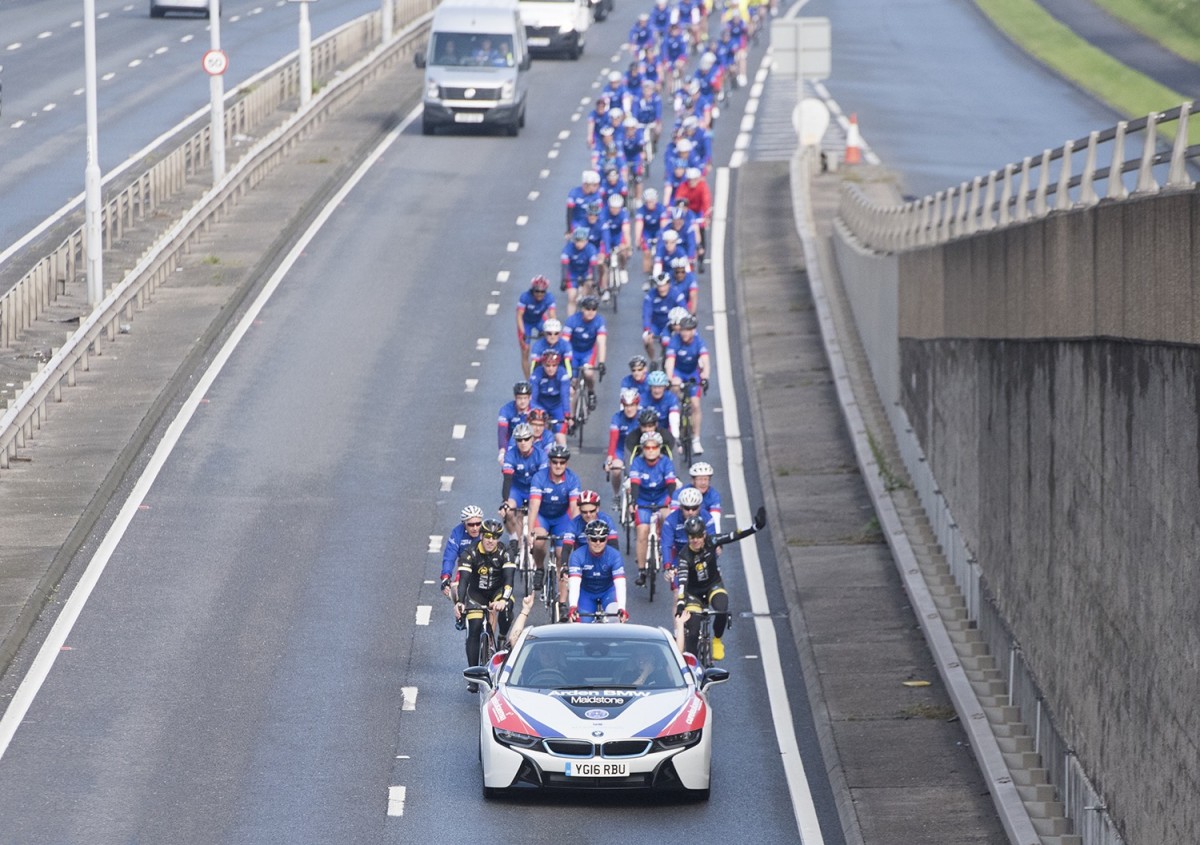 Despite driving rain during the grandstand finish riding past a closed Arc de Triomphe and the Eiffel Tower the cyclists arrived elated to have completed such a gruelling challenge to raise funds for blood cancer charity Cure Leukaemia.

Headline sponsors Brewin Dolphin had over 40 riders taking part with a further 60 from fellow wealth management firms Brooks Macdonald, Catley Lakeman, Rathbones and Tilney Bestinvest. Whilst the rain was torrential on the final day it did not dampen spirits as Team Revolution celebrated long into the night with a Gala dinner at the Marriott Rive Gauche in Paris.

Cure Leukaemia Patron Adrian Chiles had recorded a video message of congratulations which was played to the cyclists during the dinner:

Leukaemia patient Jaymz Goodman from Telford, who’s powerful story helped inspire ‘Team Revolution’ throughout the challenge, was due to be at the dinner on Sunday but could not attend due to his treatment schedule. He celebrated his 20th birthday on Monday and the whole room wished him happy birthday:

Cure Leukaemia Co-Founder Professor Charlie Craddock CBE took part in the ride with a number of colleagues from the Centre for Clinical Haematology at the Queen Elizabeth Hospital, Birmingham. Professor Craddock spoke passionately at the Gala dinner describing how the event’s fundraising will directly benefit blood cancer patients like Jaymz.

The fundraising from London 2 Paris 2016 continues to grow and a final figure will be announced later this year. Brewin Dolphin has already surpassed its target of £125,000 and Brooks Macdonald has raised £56,000 so far.

Stephen Jones, Head of Private Clients at Brewin Dolphin, who was instrumental in securing the company’s headline sponsorship said: “We all had a tremendous four days and it was particularly special on a personal note to have so many of my colleagues riding alongside me into Paris. When Professor Craddock described how the funds raised by Brewin Dolphin will be worth £1.2 million in potentially life-saving treatments for people battling this horrible disease it shows how the team’s efforts will help save lives. We are determined to keep raising more funds in the coming weeks and I am sure everyone who took part will always treasure the experience.”

Cure Leukaemia Patron Geoff Thomas, who missed the FA Cup Final to take part in the ride said: “This was one of the most enjoyable London 2 Paris rides I have been a part of and it was extra special to have the man who saved my life, Professor Craddock, riding alongside me. I know how vital these funds are for people battling the disease and I’d urge all who took part to keep going with their fundraising because every penny can help save lives.”

Cure Leukaemia CEO James McLaughlin, who took part for the second time said: “It was another hugely successful event and I hope everyone who took part had a truly memorable experience. It was fantastic to have such well-respected and influential companies so involved in the event and we are very grateful to Brewin Dolphin for their headline sponsorship and fundraising. We look set to beat the fundraising total from 2015 and I hope Team Revolution keep pushing their fundraising targets to help save more lives.” 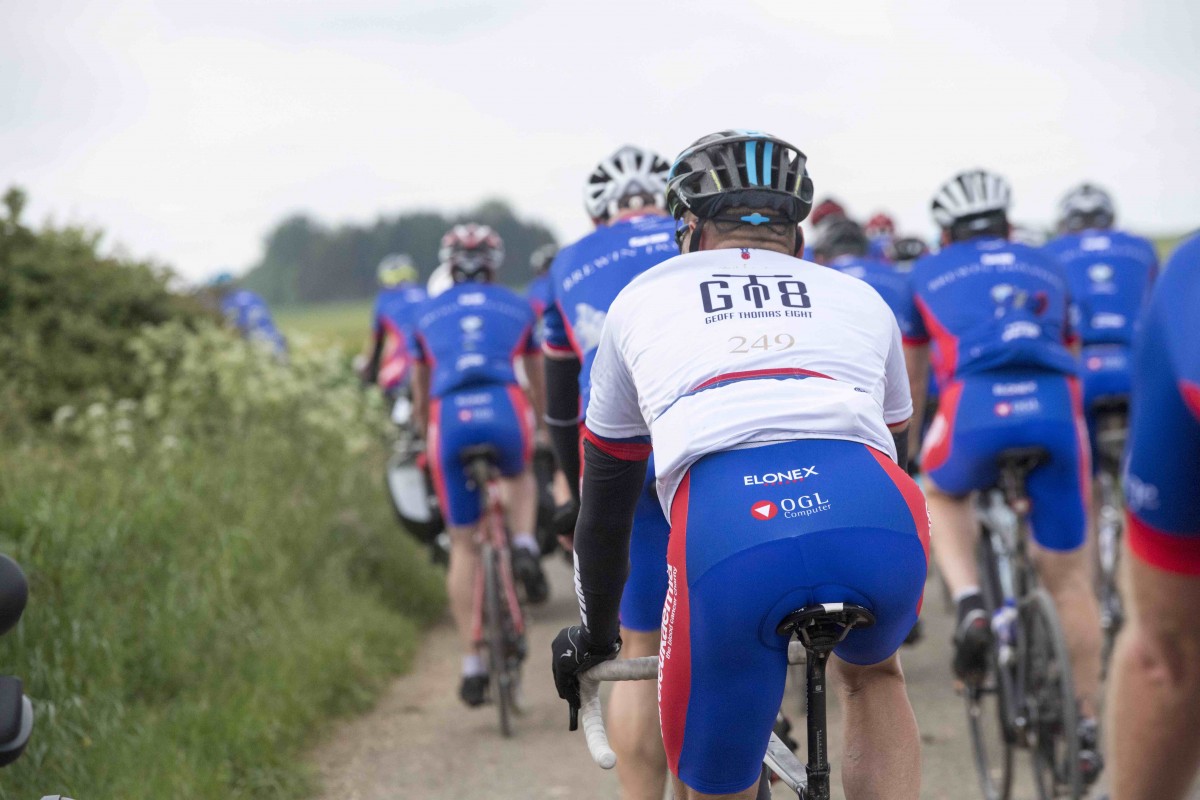