Mark Nicholas is looking forward to getting back in the saddle for Cure Leukaemia’s London to Paris (L2P) bike ride – a year after completing Velo Birmingham just prior to undergoing a live-saving stem cell transplant.

Mark, a freelance IT consultant from Kenilworth, was diagnosed with chronic myeloid leukaemia (CML) in May, 2016, and, when prolonged treatment wasn’t successful in combatting the disease, the search for a suitable donor began.

A match was found with a donor in Germany, but, before undergoing the transplant in October of last year, Mark decided to press on with the challenge of completing the 100-mile Velo with his trusted team.


“It has been a very interesting year,” he says, in typically unassuming fashion.

“I was all set to ride Velo Birmingham, only for the date to clash with my stem cell transplant.

“But when the transplant was delayed, and the opportunity was still there to take on the Velo, I thought ‘why not’?

“So, I completed the 100-mile ride, as you do, and ultimately it helped me through the stem cell transplant – in solitary confinement in a hospital room – in three-and-a-half weeks instead of the normal five.

“And, earlier this year, I received the great news that I am in remission, thanks to Professor Charlie Craddock CBE and his team, and a lovely donor from Germany who I would love to try and meet at some stage in the future.

“I am feeling good, so we decided to get the team back together, and take on London to Paris to try and raise some more funds for the vital work of Cure Leukaemia.”

Mark, aged 48, like fellow patient Jenna Ostrowski, who is also in remission after her own battle with leukaemia, was keen to take on the 500-kilometre bike ride despite having gone through such tough and gruelling treatment only months previously.

In Mark’s case, that has even involved a delayed launch of his training programme due to suffering from a nasty chest infection and one or two other health issues.

Not that it was ever going to stop him, as was so clearly proved with the Velo last year!

“It is great to take this challenge on and hopefully we are all going to smash it,” added Mark, who counts Cure Leukaemia patron Geoff Thomas, also taking on L2P once again, as his inspiration.

“Geoff has been brilliant in how he first fought this disease 15 years ago, and he has been like a role model for me.

“Like Geoff, I just want to keep repaying Professor Craddock and his brilliant team for saving my life.

“With whatever support Cure Leukaemia need I will be there, whether a bike ride or corporate event.

“And the focus of a cycle event like L2P also pushes me to exercise and get fit to aid my recovery from leukaemia.” 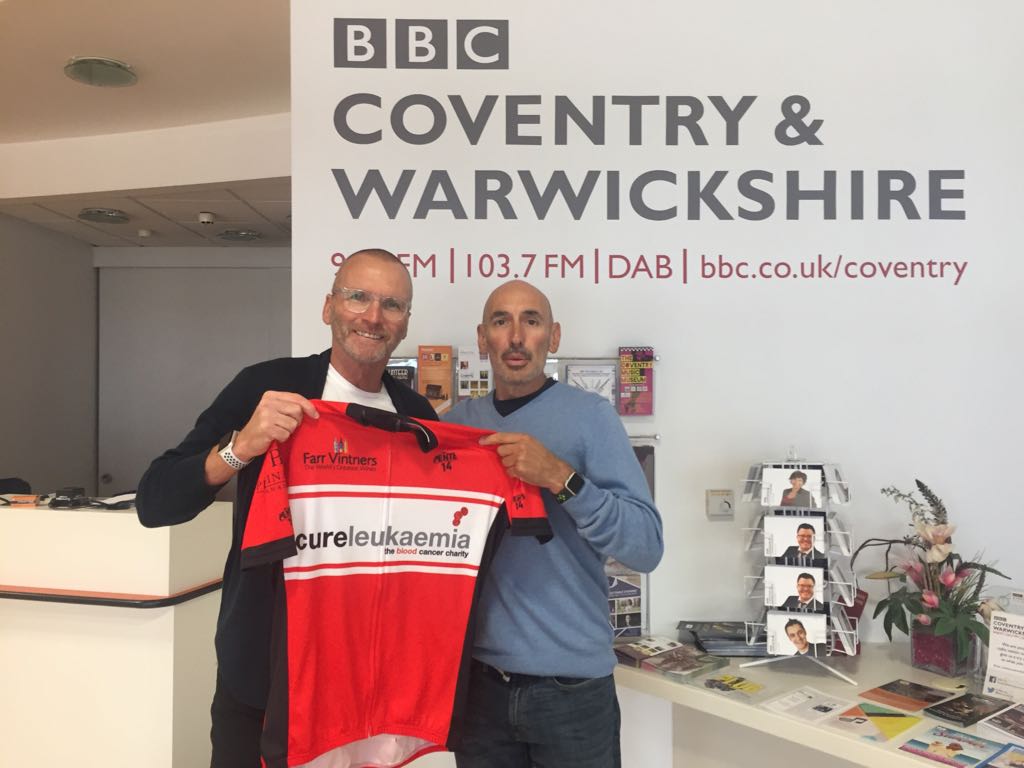 Former England, Crystal Palace and Wolves footballer and fellow former CML patient Geoff Thomas was interviewed by BBC Coventry and Warwickshire alongside Mark last week. Geoff will once again lead the L2P team all the way to Paris and is thrilled to have Mark on the ride.

Geoff said: “Mark and Jenna are truly inspiring and are shining examples of the brilliant work Cure Leukaemia supports.

Back in 2003 when I was diagnosed, Mark would have been too old to receive the treatment he has in the last twelve months which emphasises the great strides that have been made in the fight against blood cancer.

I hope that the public recognise Mark and Jenna’s remarkable efforts and ensure they raise as many funds as possible to help patients now and in the future.”

London 2 Paris is a fantastic experience for cyclists of all abilities with closed roads all the way through to riding into Paris, and this year takes place during Blood Cancer Awareness Month, from September 20-24. 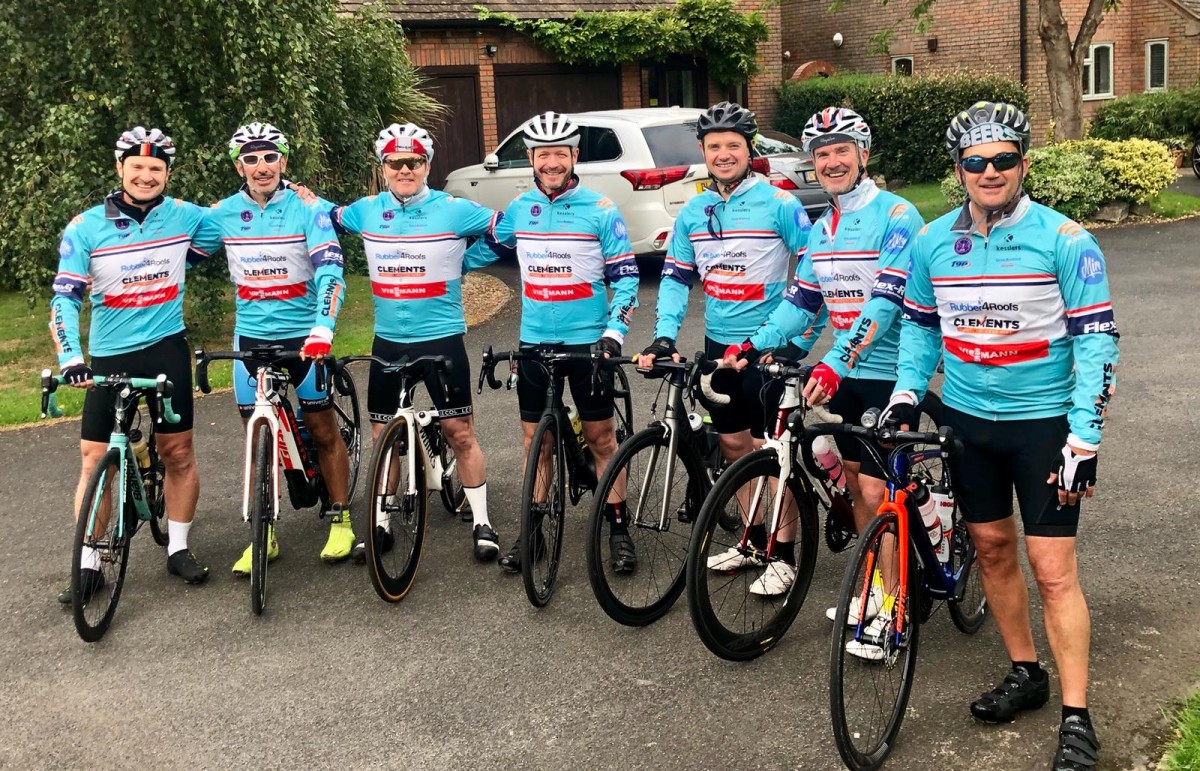 The team, ‘Marco’s Tour de Cure’, is raising funds through a bespoke cycling jersey for the ride featuring the branding of regional companies keen to support the cause.  Thanks in particular go to Guy Stanton at Kessler’s, and Tom Cullingford at Rubber4Roofs, as part of a group of many who have helped sponsor the team jackets.

Mark continued: “We are immensely grateful to all the companies that have supported this jersey and helped us raise significant funds for Cure Leukaemia. The team is now past halfway towards our target of £14,000 so I hope we can hit and surpass that figure in the coming weeks.”

To support them in their challenge and donate to Cure Leukaemia, visit their Just Giving site HERE